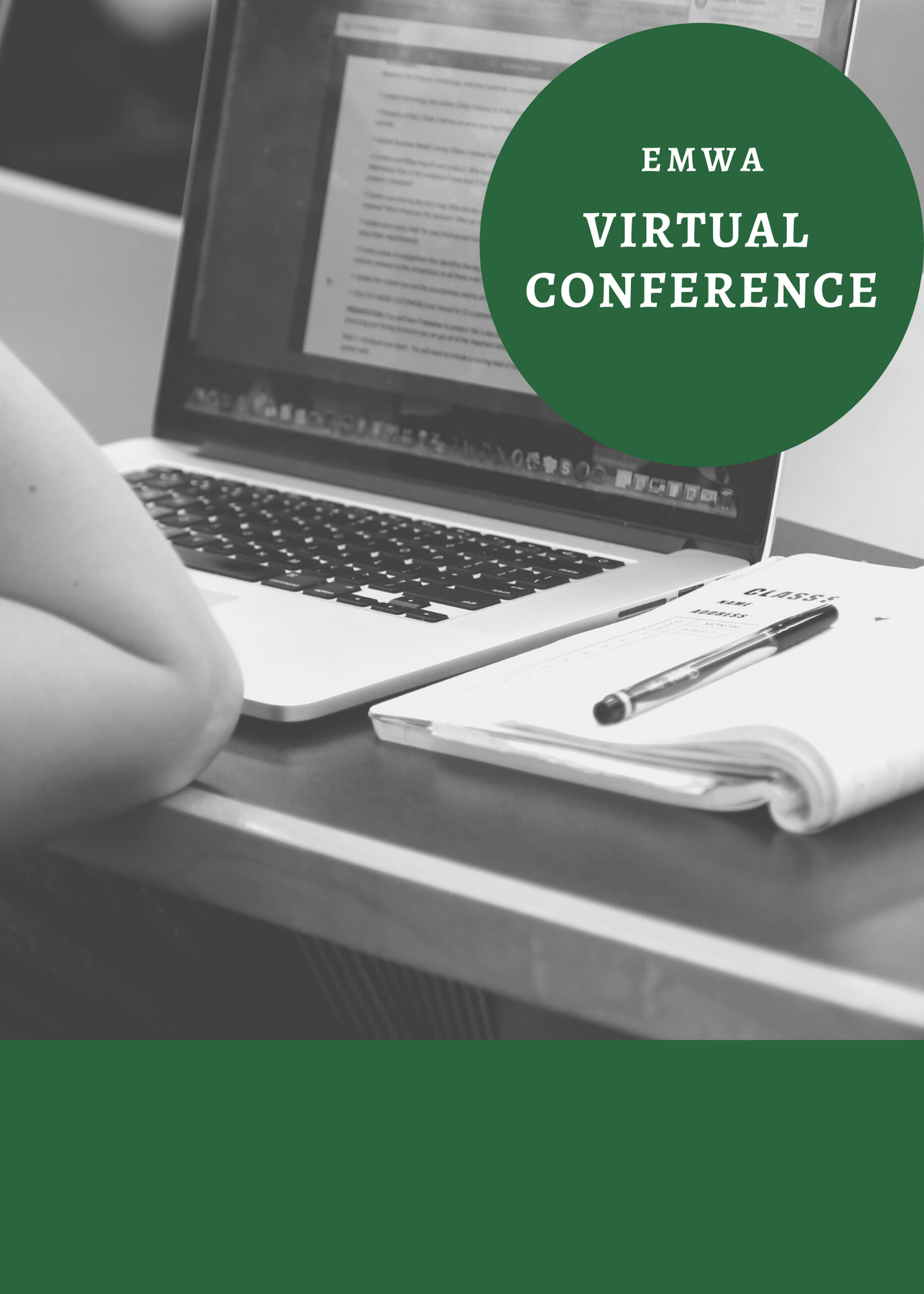 Nick Thompson was an active member of EMWA during its early days. Tragically, Nick was killed in a car crash in the winter of 2000. At the banquet of the Montepellier conference in 2001, the President at the time, Keith Veitch, noted sadly the loss of one of our most beloved members and, with the agreement of the Executive Committee, announced the creation of the Nick Thompson Fellowship in his memory.

The latest recipients of the Nick Thompson Fellowship Award Art Gertel presenting Sam Hamilton with her certificate for the Nick Thompson Fellowship Award for her services to EMWA at the EMWA conference in Barcelona May 2018.

In 2018, Sam Hamilton received the Nick Thompson Fellowship Award for 13 years of dedicated service to EMWA. Sam served on the Executive Committee from 2014 to 2016, as vice president and president.

For EMWA, this was a period of rapid change, during which time EMWA became a far more outward-looking organisation. Sam devoted her time and considerable energy towards achieving a heightened profile for EMWA.

Key to the advancements Sam secured was her dedication to the CORE Reference project (www.core-reference.org), providing a new tool to clinical and regulatory writers producing clinical study reports, considering both recent and forthcoming changes to the scientific and regulatory environment. This initiative, conducted jointly with AMWA and with the input of external stakeholders, including regulatory agencies, is not just a key milestone for EMWA, it is expected to shape the work of medical writers for years to come.

Sam was a strategic thinker and dynamo for EMWA, helping to drive numerous initiatives, serving writers across the spectrum. These included a number of special interest groups (SIGs) and a new stream of conference seminars (the Expert Seminar Series [ESS]) aimed at longstanding writers. These successes have expanded the offerings that EMWA makes to its members, to the benefit of the association and the medical writing community in general.

Sam was Freelance Advocate for 8 years to 2014 and a longtime contributor to EMWA’s journals, The Write Stuff and Medical Writing, as Section Editor for the freelance section “Out On Our Own” to 2014 and for the Regulatory Public Disclosure Section from 2018. Sam has supported the EMWA education programme as a workshop leader since 2008.

In 2015, both Wendy Kingdom and Julia Cooper were given this award in thanks for their long-term commitment and contributions to EMWA. Wendy is a long-time EMWA member - serving tirelessly on the Education Committee and as Education Officer.  The Education Programme represents the core of the EMWA member offerings and it has developed over the years into a robust, multi-disciplinary curriculum due, in no small part to Wendy’s contributions.  Dovetailing with the Education Programme, she is the presenter of four workshops and often teaches two at each conference. Wendy also assumed the office of Treasurer for four years and was involved with the changes of Head Office during turbulent economic times. She was a regular contributor to The Write Stuff and is a Section Editor for the re-named Journal, Medical Writing.

Wendy Kingdom receiving her award from Art Gertel, Chair of the Fellowship Committee.

Julia, one of the founding members of EMWA, served as President, Education Officer, and helped establish the EMWA Professional Development Committee (EPDC), chairing it and shepherding it through its inception and introduction of the EMWA Professional Development Programme (EPDP).  She served as Honorary Secretary for many years and was a key member of the EC when EMWA was transitioning from a rather loosely-structured collaboration among professional medical writers into a formal professional association. Julia served as a member of the Finance Committee and, of course, she has contributed to the backbone of our organisation as a workshop leader.

Both of these long-serving members have been instrumental in establishing EMWA as a premier organization, recognised as an essential resource to the profession.